Students from Cranston East and West team up for shared goals

The event was held at the Park Theatre, and the students shared breakfast together with students from each school sitting together at each table.

“This is something that we started prior to Covid, on a much smaller scale,” Baum told the students as she introduced the agenda for the morning meeting. “A couple of years ago, students from both East and West joined together for the purpose of creating a more unified graduation cap and gown, choosing one color for each school. Then last year, students from both schools came together again to work with our district administration to revamp the senior portfolio requirements after Covid.”

Barbieri explained that the priority for the combined leadership team is to elevate the district’s student voices in the decision making process. Additionally, it is the hope of the administration that the students will be able to work together to come up with initiatives that will not only benefit students, but will also benefit the Cranston community at large.

Because Fontaine and Barbieri have worked together previously, and because faculty and staff from both schools have often teamed up for district-wide professional development and initiatives, Fontaine said that joining together for this combined team effort with students was a natural fit.

After breakfast, students engaged in a team building activity using red and green balloons. Once that was completed, the work at hand began. The tables of students first logged into their devices to complete a Jamboard activity, adding a virtual sticky note to a Jamboard about leadership and what it means to them.

Following that activity, they worked together as table groups to brainstorm combined community activities and fundraisers to benefit both the district and the community. Examples included powder puff games, dance-a-thon lock-in events, and charity basketball games to benefit the Cranston Police and Fire Departments’ annual charity for families during the holiday season.

At the end of the meeting, the students gathered for a whole-group photo in front of the Park Theatre before heading back to their respective schools.

DiCicco said that the group will meet together quarterly, switching locations, and it is the goal to have another team-building event and celebration to cap off the year in the spring. In between the quarterly meetings, each school’s own Student Leadership teams will meet at their respective school.

“I think our kids are going to redefine what it means to be a Cranston Public School student,” DiCicco said.

All of the faculty and members of the school administration expressed their gratitude to Park Theatre owner Ed Brady who, as a Cranston Public Schools alumni, has always been supportive of the schools and was there to welcome the group to the event. 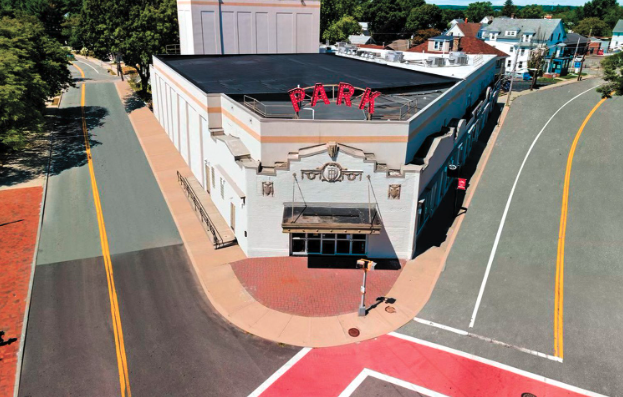 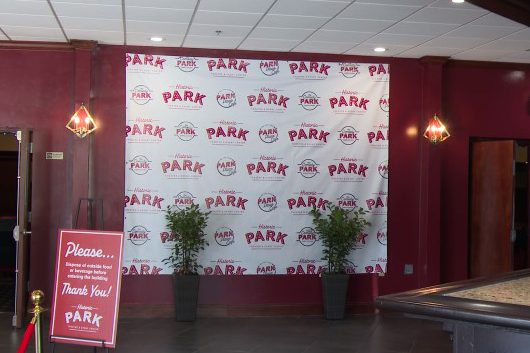 Renovated Historic Park Theatre now an incubator for the arts